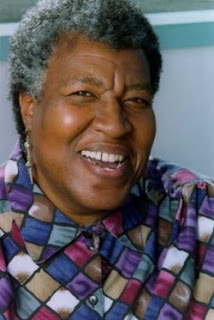 Octavia Butler’s 1979 novel, Kindred is a skillful combination of several literary genres; it serves as a superb entre into the realm of Black Speculative Fiction and functions as a postmodern, inverse slave narrative.   Her characters’ 20th century experiencing of slavery places the work within the long tradition of slaves narratives, where individuals speak to their own experiences of direct oppression and liberation, and presents the oppositional gaze, forcing Kevin to examine racialized and gendered privilege and the impact that slavery has upon the contemporary moment.
As a work of speculative fiction, Kindred takes place both in the past and a present moment.  It also explores in this layered setting the strength in which seemingly disenfranchised characters hold against the dominant discourse.  The temporal and spatial shifting of the work make it a difficult one to nail down.

Butler’s decision to force Kevin, a white male, to witness first hand the dehumanizing impact of slavery both upon those who enforce the practice, and the people suffering under the system sets in visceral proximity its damaging psychological and emotional effects.  The work acknowledges the defenses the dominant discourse has constructed to distance itself from slavery, through the rewriting of literary and cultural history, and works against those constructs.  Dana is physically dragged back to the past to keep her present moment from being rewritten; when Kevin does not place belief in her statement of travel, he is flung into the past as well, but without much of the knowledge that Dana possessed about the system of slavery and its degrading force.
The work presents interesting depictions of agency.  Dana is not in control of her acts of time travel; she is summoned by some unexplained power of Rufus, and dismissed only by a tremendous fear for her life, created by circumstances beyond her control.  Despite her lack of direct control over her temporal jumps, she has both symbolic and overt power over Rufus.  Kevin is also vastly dependent upon her, both for his emotional wellbeing and his safe return to his present.

One thought on “Black Speculative Fiction and Octavia Butler”