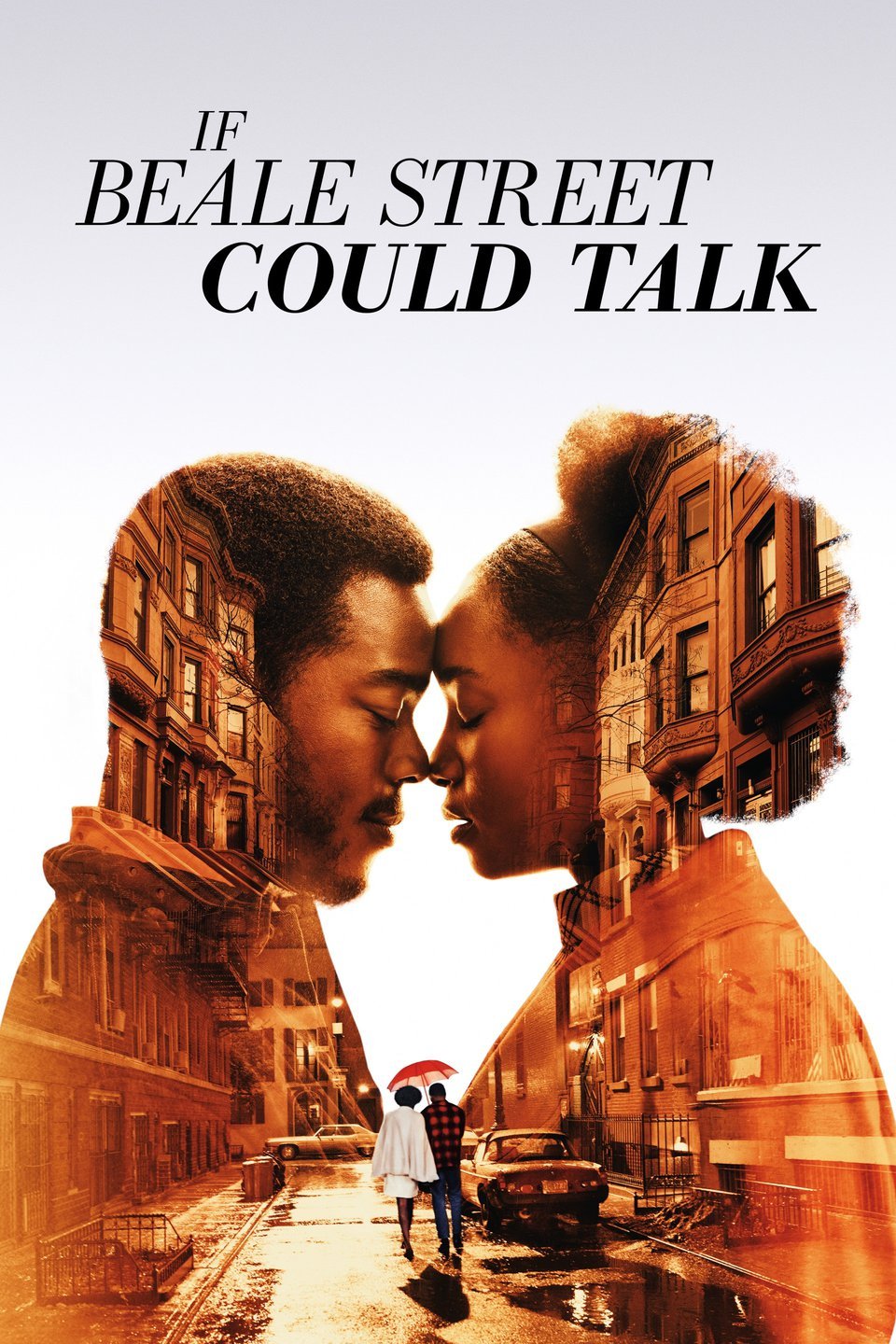 “If you trusted love this far, trust it all the way.”

A review of If Beale Street Could Talk, director Barry Jenkins

The December 2018 release of Oscar-nominated If Beale Street Could Talk has garnered a deserved amount of critical praise for its poetic rendering of James Baldwin’s 1974 novel. Barry Jenkins, best known for the Academy Award-winning film Moonlight, wrote and directed the adapted screenplay. The film maintains fidelity to the original novel in tone and meaning as it interrogates the corruption of the American justice system through a story of Black love.

If Beale Street Could Talk is the story of Tish Rivers (KiKi Layne) and Alonzo ‘Fonny’ Hunt (Stephan James), a young Black couple torn apart by racism and injustice in Harlem during the 1970’s. Fonny, who is in custody for being falsely accused of rape, sits behind the glass that separates him from Tish and the rest of the outside world. The audience is invited into their story as Tish tells Fonny that he is going to be a father. From this moment, the story unfolds with the anticipation of the baby’s birth adding another level of complexity as Tish scrambles to prove Fonny’s innocence. Even before his birth, the heaviness of the American system of racial oppression weighs upon the shoulders of the unborn child.

True to the novel, the story shifts between the 1970s present-day and Tish’s retelling of their flowering love. The story is revealed through moments and memories with Tish as its arbiter. Moments of despair and hopelessness are interrupted by memories of love and hope. While Baldwin allows the audience access to the intimacies of Tish and Fonny’s story through descriptions of the characters innermost thoughts and feelings, Jenkins invites the audience into the film through direct engagement with the screen. As Tish and Fonny gaze at each other in the subway train, on the street, or in his apartment, Tish often narrates the scene with words taken directly from Baldwin’s novel. Along with this narration, Tish and Fonny are shown in close-ups looking directly into the camera as if gazing at the audience. These moments are slow and purposeful as the audience is encouraged to see Fonny as Tish sees him—a loving, faithful man. In this way, Jenkins’s adaptation of the novel preserves the perspective and poetry of their story. Shifting between the flashbacks of Tish and Fonny and the present-day interactions between family and friends builds a case for Fonny’s innocence. Through Tish’s eyes, we see an image that counteracts the perception of criminality and worthlessness racial stereotypes that have been placed on him from birth. It directly contradicts his placement behind bars.

If Beale Street Could Talk, then, does not solely address the physical implications of the historically biased tradition of African American incarceration. The story also demonstrates the larger weight of systemic racism on African American lives. In one scene, Daniel (Brian Tyree Henry), one of Fonny’s old friends, tries to hold back tears as he describes being falsely accused and jailed for two years. He admits to Tish and Fonny that the worst part of being jailed was the fear that had gotten so deeply ingrained into his psyche that he could no longer freely navigate his own life. This fear, meant to break Daniel, is similarly intended to overwhelm Fonny with hopelessness.

The couple’s families, clinging to faith, also bear the weight of societal fear and racial oppression. While Fonny’s mother and sisters cling to a sanctimonious sort of faith that distances them from everyone else in the family, his father along with Tish’s family relies on their interpersonal relationships to build hope and find courage. Everyone plays their part in this struggle. Ernestine (Teyonah Parris), Tish’s sister, hires an attorney to strategize for Fonny’s defense while Tish and Fonny’s fathers hustle to pay his rising legal fees. At the same time, Tish’s mother, movingly portrayed by Academy Award-nominated Regina King, comforts her daughter’s fears while organizing to prove her son-in-law’s innocence and confronting his accuser. Tish’s mother especially plays a pivotal role in maintaining this community of support both because of her own strength as an individual and also because of her intimate relationship with her everyone in her family, particularly Tish. In a moment when Tish is overwhelmed and discouraged, she encourages her daughter with the words that inspired the film’s tagline and capture a key component of the story’s central idea: “If you trusted love this far, trust it all the way.”

Ultimately, If Beale Street Could Talk celebrates the strength and vulnerability of African American men and women. The collective stories of Fonny, Tish and their loved ones demonstrates the fortitude found in family and community. Danyelle Greene is a Ph.D. student in the Department of Film and Media Studies at the University of Kansas. Her research focuses on the politics of representation in cinema for African Americans at the intersections of race, gender, and religion.  She earned her MA in Media Theory and Research from Southern Illinois University Carbondale and her BA in Communication Arts and Sciences from Adrian College.